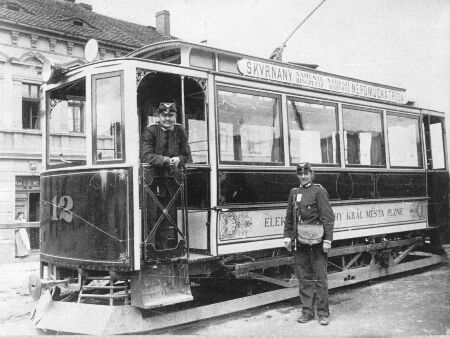 Pilsen City Transportation Company (Plzeňské městké dopravní podniky, a.s.) is dated back to the 19th century. The main credit for establishing the Public Transport Company belongs to Doctor František Křižík, the most famous Czech electrical engineer. He built up the company consisting of tram lines and a power plant for their operation in the years 1896-1899, on the basis of a public work concession that was awarded to Pilsen city by decision of the Imperial and Royal Minister of Railways

The first official name “Electrical Tramways in Pilsen and Surroundings“ contains three important facts about the original mission of the company: First, the tramways in Pilsen were built completely on electrical power (only steam or horse-drawn trams were operated in some cities at the time). Second, the company´s focus was strictly on tramways operation. And finally third, the project should originally extend over the city borders; the most audacious project involved construction of a freight tramway as far as Štěnovice quarry. However, the fast expansion of electrical technology at the turn of the 19th century determined the next step: as early as 1902, it was necessary to ensure an electrical power supply to the new city theatre. At the time, there was a big expansion of electrical network system at the expense of gas which had been preferred before, and therefore, demand for electrical energy was growing enormously. The original steam power plant in Cukrovarská Street and the water power plant in the Panský water mill had to be replaced by a modern water power plant in Denisovo nábřeží which since its launching has been in operation up to this day. In addition to production and distribution of electrical energy, the transport company was involved in construction of the city electrical network system. The Pilsen City Electrical Company was supplying electrical energy to 27,294 customers in 1933. Logically, the name of the company was changed to “Pilsen City Electrical Company” and electrical tramways operation was only one of its activities. In the period of the First Republic, the public transport business was expanding rapidly. This can be supported by the fact that bus public transport was launched in 1929 and the Pilsen Electrical Company ran a bus line from Pilsen to Prague at the time. 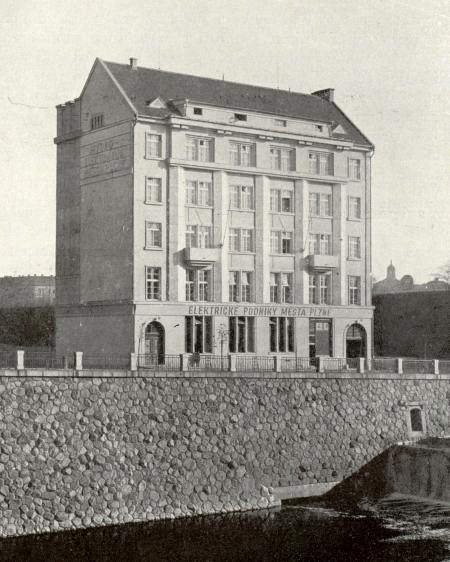 The war and post-war era are linked with the launching and development of trolleybus transport in 1941. In 1946, the two activities of the company – electrical and transport – were divided into separated organisations. Since the time, the company has been officially named ”Pilsen Statutory City Transport Company“ and the name is still used. The main concern of the company was public transport operation in the territory of Pilsen city. The municipal character of the company was changed to state-owned in the period of so-called “normalization”. The modern history of the company is dated to 1st May 1998, when it was listed in the business register. The transport company was returned to Pilsen city in the form of a public limited company and was renamed the “Pilsen City Transport Company“ (Plzeňské městské dopravní podniky, a.s. = PMDP, a.s.)” (PCTC). The main activity of the company is still public transport operation. However, it is supplemented by several business activities such as maintenance and vehicle washing, driving school, and, for example, electrical energy production in the original power plant “Hydro” in Denisovo nábřeží 12, where PCTC headquarters are located.